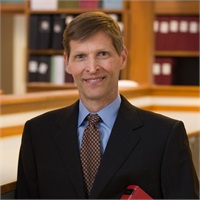 Ralph Latza is a relative newcomer in the South Sound, arriving from Northern California in 2016. Ralph graduated from Stanford University and then got his juris doctorate degree from the University of Minnesota Law School. After graduation, Ralph became a Bar Certified and Licensed Attorney in California and worked in the Contra Costa County Public Defender’s Office and for law firms focused on both civil and criminal law. In 2004, Ralph gained a LL.M in taxation from the Golden Gate University Law School and a year later merited the designation of being a Certified Financial Planner.

Ralph has been an active member of the Financial Planning Association of San Francisco (FPASF) where Ralph’s leadership and involvement help create a vibrant and dynamic chapter, acting as President in 2011 and Chair in 2012. In 2015 the FPASF awarded Ralph the Heart of Financial Planning Award, the highest honor for the organization.

Outside of the office, Ralph recently wrote and produced a short film, submitted a number of original short plays for competition and continues to write full-length screenplays.